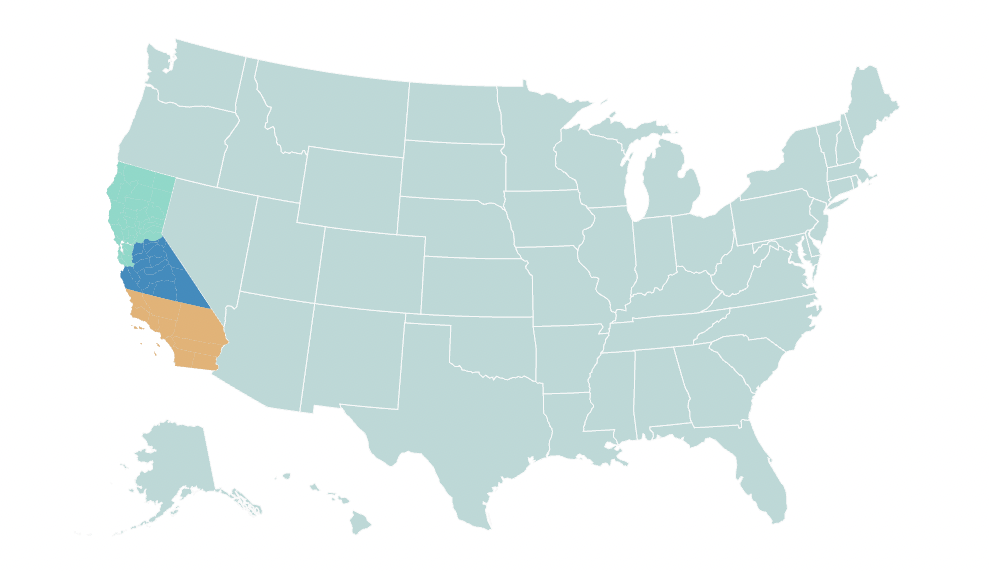 If you need to create sub-regions of a state in the US map, one approach could be to create individual state maps, where you create groups of regions with counties and they overlay those maps in the main US map. The result could be something like the example below:

The result is not perfect, but it’s usable in most scenarios.

This is achieved by using the individual county codes in a single region entry, in the state map:

In addition to creating groups, in the individual state map of the example below, we also set the borders to be 0px, so that the state borders are less visible. If you have the groups coloured the same way, you can set the border colour to be that same colour, instead of setting it to 0px. Another approach to improve the county borders issue could be to create individual maps for each group and this way you can set the border colour individually for those maps. In the example above you would end up having 3 maps in addition to the base map.

Other solutions to create custom regions, would include the creation of custom geojson files, which might not be so easy.